The Board of Directors of Girl Scouts San Diego consists of a diverse group of volunteers who are community leaders and professionals. They ensure that the Girl Scout mission is carried out in San Diego and Imperial counties. Board members are selected for their commitment to improving the lives of girls as well as their leadership, volunteer and nonprofit experience, ability to make financial contributions to Girl Scouts, professional and educational background, and knowledge of the community. They are chosen by the Board Development Committee and elected by the voting members of the Council. Board members can serve up to two three-year terms.

The role of the Board of Directors is one of governance. Their responsibilities include strategic planning, fund development, appointment of the Executive Director, financial oversight, and interaction with the community. Questions, comments, or referrals for Board of Directors or Board Development Committee can be directed to the Office of the Chief Executive Officer. 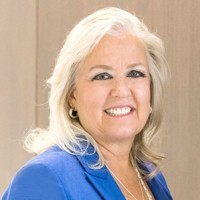 Rita has 28 years of experience in the healthcare industry. She is responsible for the overall financial management and business operations of Sharp Health Plan, ensuring its success and alignment with the strategic plan and overall financial and operational goals. In addition, she oversees the technological infrastructure and provides oversight for application portfolios, web portal, EDI solutions, fulfillment, and all application and data management services. Sharp Health Plan offers multiple products and service lines, including HMO, PPO, POS (group and individual), and Medicare.

Rita has dedicated 24 years of service to Sharp. Before joining Sharp Health Plan in 2005, she was Sharp HealthCare’s treasurer and director of financial services. Prior to that, she held various senior leadership positions with Cigna Corporation, Laventhol & Horwath, and Coopers & Lybrand.

Rita has volunteered with Girl Scouts San Diego for over 20 years, serving as a troop leader, service unit manager, and national delegate. She has served on the Girl Scout Board of Directors since 2017, and been active on the Executive, Finance and Board Development committees. She earned a Thanks Badge, Girl Scouting’s highest award for volunteerism. All four of her daughters were Girl Scouts.

During our annual meeting, we were delighted to welcome Liza Crisafi as Girl Scouts San Diego’s new board chair! Liza, a dedicated board member and volunteer, was an Urban Campout chair in 2016 and 2017. For her first official act, she presented her predecessor, Regina Buckley, with the Thanks Badge (story), the highest honor for Girl Scout volunteers.

Nearly 150 GSSD members attended the gathering, which brings together board members, delegates, and members-at-large for a state-of-the-council address.

We also thanked and showcased the important work accomplished by the following board members who have completed their terms: Andy Gallagher (treasurer), Barbara Lamb (secretary), and members-at-large Suzanne Schlundt, Denise Scott, and Bill Whelan.

CEO Carol Dedrich presented an update regarding our three-year strategic plan, and Regina outlined the overall strategy. Carol provided a state-of-the-council address, which included our work to support Girl Scouts of the USA’s national key objectives.

Five of our Emerging Leader Girl Scouts showcased highlights of the past year (annual report) sharing their personal stories pertaining to the following topics:

In addition, Nichole Peterson, a member of our Promise Circle and Juliette Gordon Low Society Committee, provided an update on philanthropic activities benefiting our council.

New Board of Directors Elected in 2019 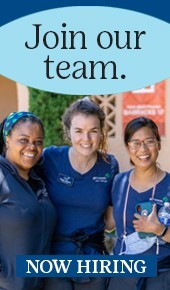 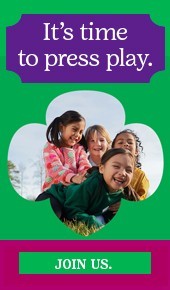 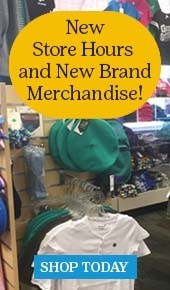