Each year since 2001, Girl Scouts San Diego has honored local women who serve as outstanding role models for girls as they balance work, family, friends, and service.

Cool Women are always making news…and making a difference! Read on to learn what some of them have been up to. 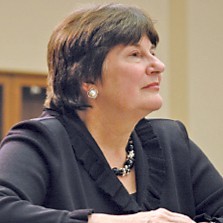 The Honorable M. Margaret McKeown ’04 teamed up with local Girl Scouts to commemorate the centennial of the 19th Amendment. One project, which is posted on the American Bar Association website, is a compilation of Nineteen Ways to Celebrate the 19th Amendment. She is the co-author of Nineteenth Amendment Centennial Cookbook: 100 Recipes for 100 Years, which applauds the courage of the suffragists. ( San Diego Union-Tribune). Judge McKeown spoke about the amendment and the cookbook at Girl Scouts San Diego’s annual Volunteer Conference. In unrelated news, she was elected to the American Academy of Arts and Sciences.

Zandra Rhodes:  50 Fabulous Years in Fashion is a new memoir/photo book about a member of the Cool Woman Class of ’13. Zandra has designed clothing for Princess Diana, Jacqueline Kennedy Onassis, Cher, and many other fashion icons. The Fashion and Textile Museum in London—which Zandra founded—is featuring a retrospective exhibition until Jan. 26, and a documentary about her is in the works.

Melissa d’Arabian ’14 has published Tasting Grace: God's Invitation into Deeper Connection and Satisfied Hunger. In the book, Melissa shares 16 invitations designed to transform perception of food and the role it plays in our lives, from equality and connection to hospitality and stewardship.

Rose Schindler ’15 and her late husband, Max, are the subjects of the book, Two Who Survived: Keeping Hope Alive While Surviving the Holocaust. By year-end, Rose will have made nearly 100 appearances at schools and churches to share her inspirational story.

Dr. Erica Ollmann Saphire ’16, of the La Jolla Institute for Immunology, was awarded more than $6.4 million by The National Institute of Allergy and Infectious Diseases to support her research toward COVID-19 antibody therapeutics.

Judge M. Margaret McKeown ’04 received the American Bar Association’s John Marshall Award for “extraordinary improvements to the administration of justice in judicial independence, justice system reform or public awareness of the justice system.” She serves on the U.S. Court of Appeals for the Ninth Circuit.

Chancellor Constance Carroll ’05 and Patti Roscoe ’08 have earned lifetime achievement awards. Constance was recognized by the National Association for Community College Entrepreneurship and the Central San Diego Black Chamber of Commerce , while Patti’s honor was presented during the San Diego Business Journal ’s “ Business Women of the Year” event.

Susan Polis Schutz ’12, received a Christopher Award for making The Homeless Chorus Speaks, a PBS documentary about the San Diego-based Voices of Our City Choir. Created 70 years ago to celebrate artists whose work "affirms the highest values of the human spirit," the award reflects the motto of The Christophers organization, "It's better to light one candle than to curse the darkness."

Dawn Barry ’19 is president and founder of Luna DNA, a community-owned platform for health research that won the startup category during San Diego’s first-ever Xconomy Awards ceremony. Magda Marquet ’14 was a presenter at the event.

Cool Women provided major support for the Power Her Promise Celebration, the culmination of a month-long fundraiser for Girl Scouts San Diego. Katie Sullivan ’06, Patti Roscoe ’08, Divya Kakaiya ’09, and Arlene Harris ’13 were sponsors and/or served on the honorary and event committees for the virtual program.

Dee Sanford ’03 was profiled in the San Diego Union-Tribune’s “Someone San Diego Should Know” column. Dee, a longtime advocate for entrepreneurs and networking, recently retired from Greenwood Memorial.

Lesley Cohn ’15 is a partner in the Cohn Restaurant group, which—though its Tacos Libertad taco shop—has donated more than $100,000 to local charities, including Girl Scouts San Diego. Pacific Social in Carmel Valley is the latest addition to the Cohn’s lineup.

San Diego Mesa College now calls its humanities institute the Dr. Constance M. Carroll Humanities Institute. Dr. Carroll was a Cool Women in 2005. Next year she plans to retire from her role as chancellor of the San Diego Community College District.

Lidia Martinez ’06 recently retired from her 30-year remarkable career with Southwest Airlines. She continues to be an advocate for women and girls.

Attorney Abby Silverman ’06, has joined the panel of JAMS as an arbitrator and mediator, handling employment matters.

Photos by Angelika Drake ’10 are available on her website. She is a graduate of the Academy of Fine Arts in Florence.

Happy birthday to 90-year-old Dolores Huerta ’10 and 98-year-old Deborah Szekely ’14, who were feted with car parades, flowers, and phone calls in 2020.

Dr. Wilma Wooten ’10 is the namesake for a new scholarship for San Diegans who are pursuing a degree in health sciences and come from communities underrepresented in higher education. The San Diego Foundation, Alliance Healthcare Foundation, The David C. Copley Foundation and San Diego Gas & Electric teamed up to fund the scholarship.

In a blog post, Patricia McArdle ’14 describes how the sight of Afghan children carrying huge bundles of twigs for cooking fires rekindled a long-forgotten memory of a Girl Scout badge activity. That was the start of her 15-year association with Solar Cookers International, which provides a global audience with information about this free, environmentally-friendly method of cooking.

Connie Matsui ’05 participated on a panel at a recent appreciation event for Girl Scouts San Diego donors. She is vice chair of the world board of the World Association of Girl Guides and Girl Scouts, an organization serving 10 million girls and young women in 150 countries.

Carol Rowell Council ’17 made history in 1970 by founding the nation’s first women’s studies program at San Diego State University. On Saturday, April 25, 2020, SDSU celebrated the 50th anniversary with an event that features speakers, workshops, and performances.

The “Betty Peabody ” and “Sally Ducken” hybrid geraniums developed by local breeder Jim Zemcik were named in honor of two Cool Women. Betty is a member of the Cool Woman Class of 2008, while Sally is a Suzy’s Zoo character created by artist Suzy Spafford ’03.

Delores Huerta ’13 is pictured in a silkscreen print at the National Portrait Gallery in Washington, D.C., the museum where an oil painting of Girl Scouts founder Juliette Gordon Low is also prominently displayed.

Karen Archipley ’15 and Paola Avila ’18 have been guest lecturers for the social entrepreneurship course that Jo Dee Jacob ’16 teaches at UCSD’s Rady School of Management.

Dr. Erica Ollmann Saphire ’16 traveled to Glasgow to deliver a Tedx talk titled, “How to Turn Competitors into Collaborators.” As a researcher at La Jolla Institute for Immunology, Erica studies the Ebola virus and other deadly diseases.

Anne Fege ’16 is an outdoor volunteer and trainer for Girl Scouts San Diego who introduces girls to urban forestry. Her contributions include involving Girl Scouts in tree-planting events, creating a workshop about environmental leadership, and holding another workshop where middle schoolers earned a Tree badge and volunteers learned how to lead similar sessions.

Ashley Nell Tipton ’16 is working on a new fashion line based on her finale collection from  Project Runway and teaching sewing and self-acceptance classes at her studio in Hillcrest.

Caroline Winn ’18 spoke at the 11th annual Climate and Energy Law Symposium hosted by the University of San Diego School of Law.

Know something cool about a Cool Woman? Share it by contacting media@sdgirlscouts.org. 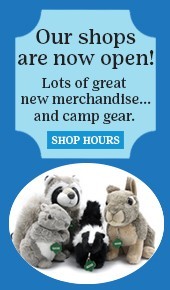